Over the last few years I have really developed a taste for jalapeños! I never really liked them until I tried my friend Jo Jo’s Jalapeño Cheese Bread and then I was obsessed! I love them on everything now- chicken, taquitos, pizza! When they go on sale, you can get jalapeños pretty cheap (Much cheaper than if you bought a jar of them in the olive and pickle section!) so why not pickle your own?! I think you’ll find the process to be very easy, cost effective, and delicious! 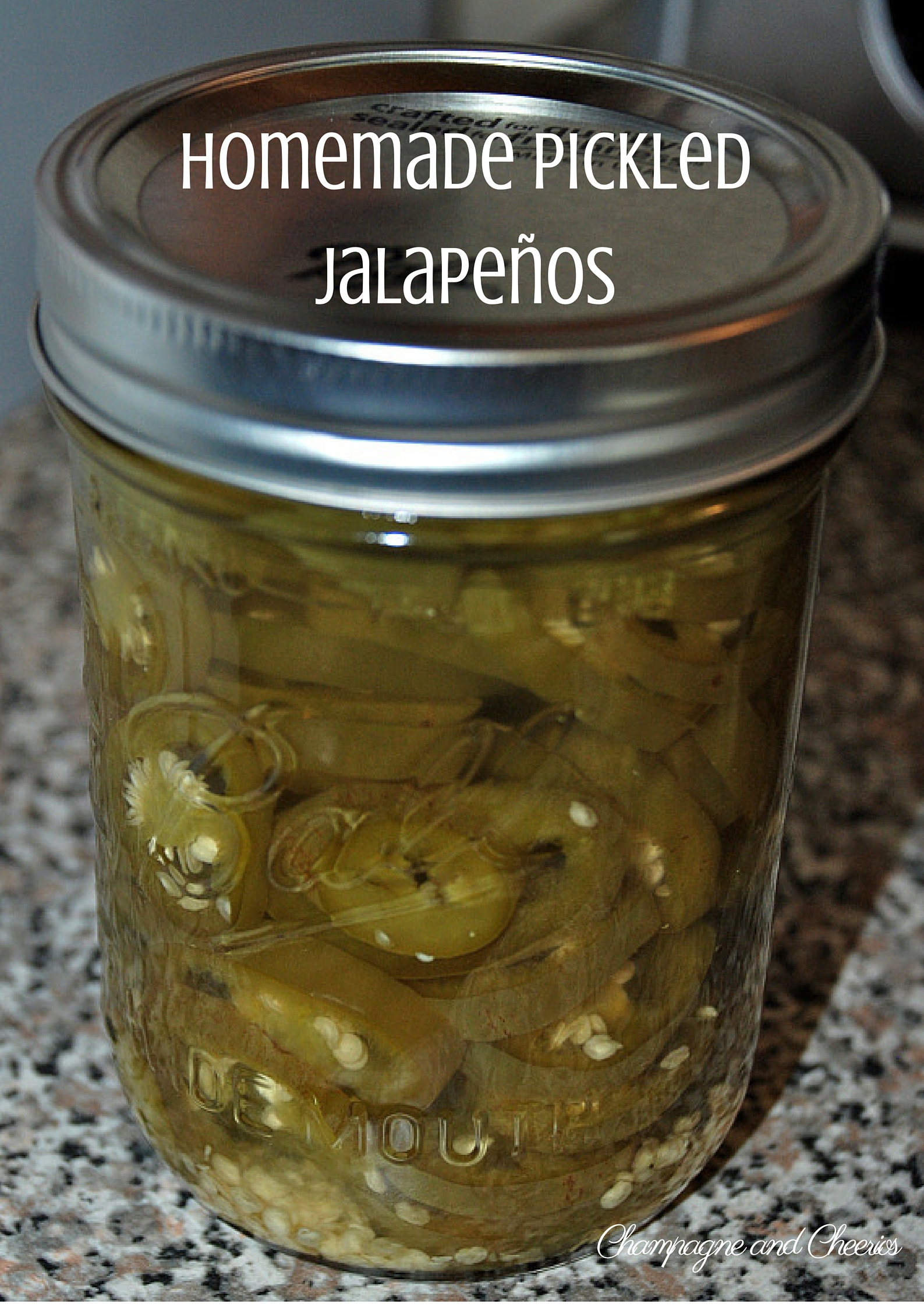 First, after rinsing off your jalapeños, cut off the tops and throw them away. Next, slice up your jalapeños and put them aside.  (NOTE: I scraped all the seeds off my cutting board with my knife and put every last one in the bowl because I wanted a little more heat and flavor. If you don’t like as much heat you don’t have to do this. 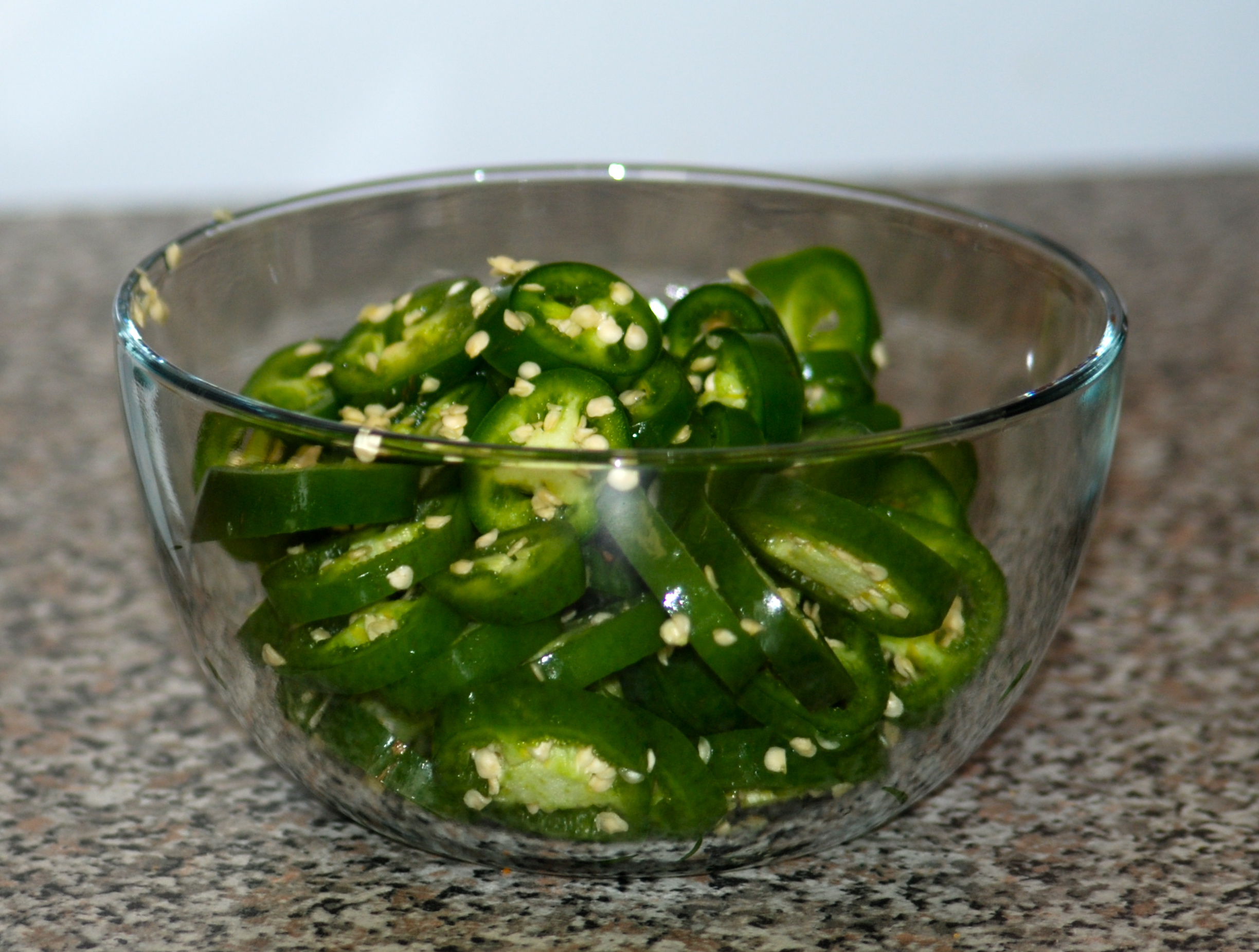 Can we just take a moment and bask in the BEAUTY of these jalapeños! *Sigh* 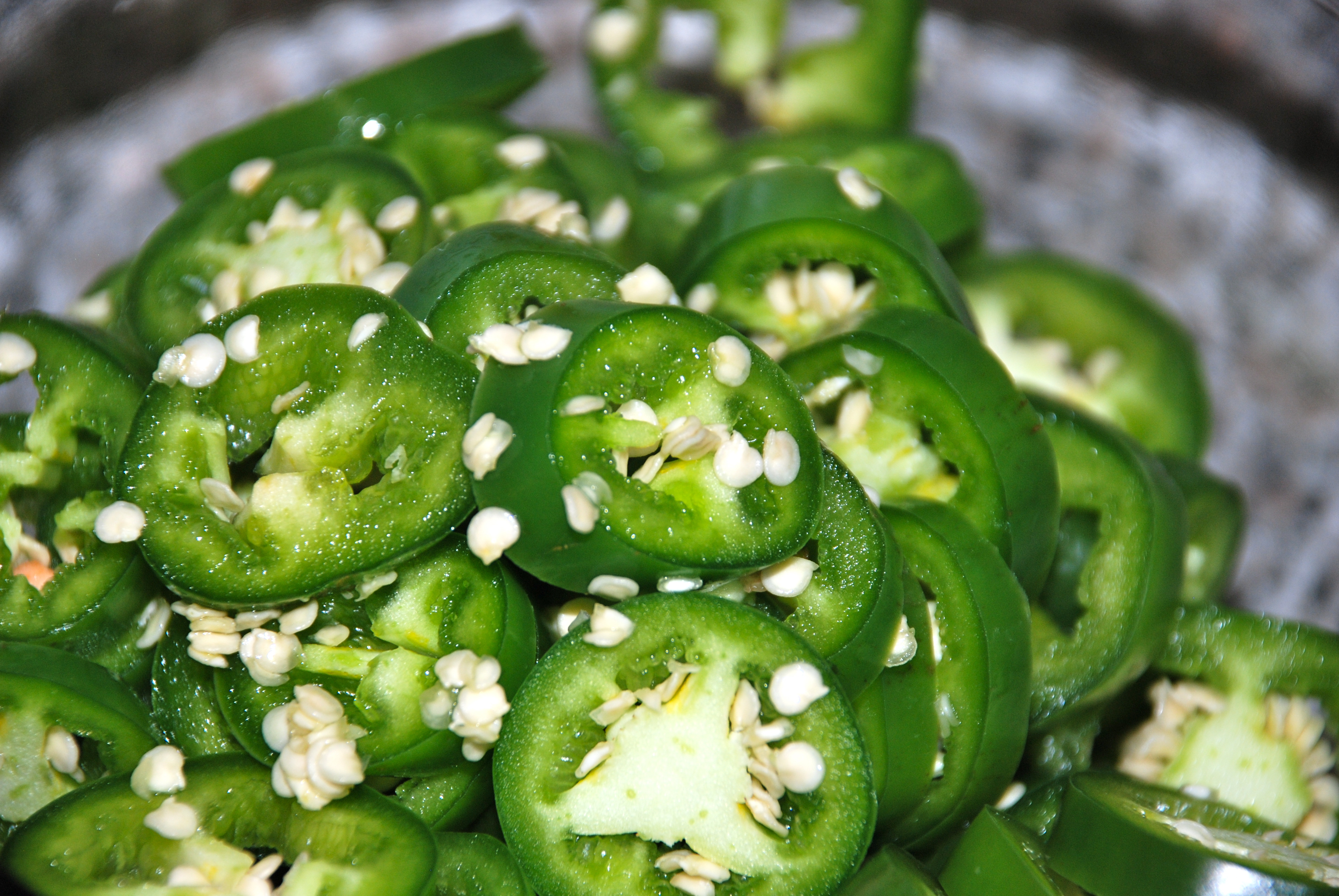 In a medium-sized pot combine water, vinegar, garlic, sugar, and salt. Bring the mixture to a boil.

Once boiling, add the jalapeños. Stir and press the jalapeños down into the mixture. I used a ladle for this, it was just easier, plus you’ll be using the ladle later (less dish washing!!)

When the mixture again begins to boil, remove it from the heat and allow it to sit for at 10-15 minutes.

Ladle your jalapeños (and the garlic cloves) into your sterilized jar and pour in your liquid mixture until the jar is full. Seal the jar tightly and allow it to come to room temperature. Once it has reached room temperature put it in the fridge! Easy!!

Now look at this: My jar contains $1 worth of jalapeños- 16 oz. The jar I bought at the store last week costs $2.33 and is only 12 oz. I stink at math, but it’s clear to me that this is WAY cheaper! And as if that isn’t enough, you get the satisfaction of knowing exactly what is going into your body and you get to say you canned these yourself every time you serve them to your friends. Let’s also note that their jar says “fresh pack,” however those had to be picked, sliced and canned by a machine, packaged, labled, shipped, and stocked at the grocery store before I even bought them. My jalapeños were picked from the farm and put in a jar in my own kitchen in less than a week! It doesn’t get much better than that! 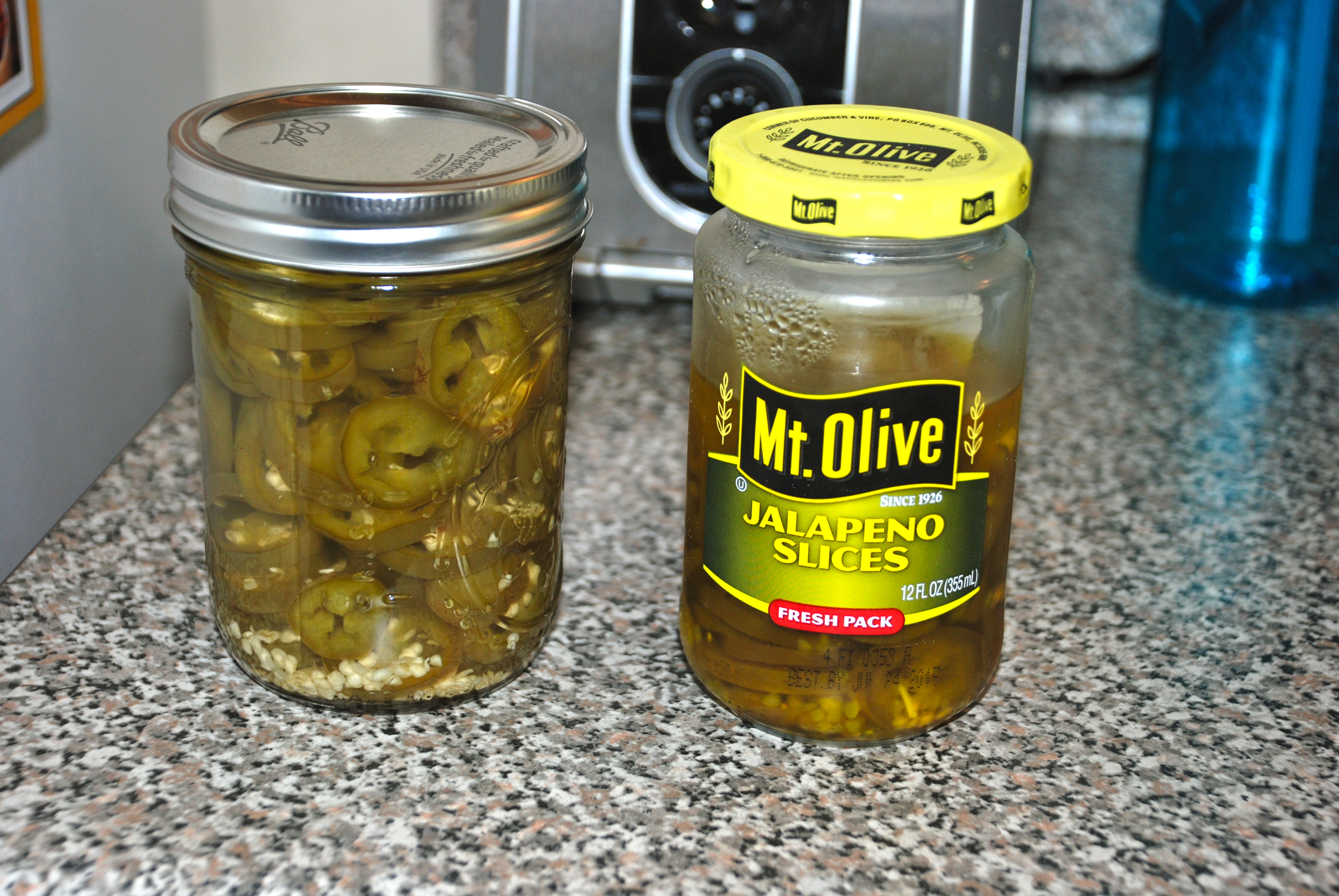 Stay tuned, a recipe for Jalapeño Cheese Bread will be coming soon and you don’t want to miss out!